Last night I was lucky enough to attend the Wings vs. Avalanche game at “The Joe” with my brother @adamaspinall (thx @alicespinall for the tickets!). My dad jinxed the game the night before by reminding me of the Wings current record of consistently losing in OT or a shootout and last night was no different. Colorado won in a shootout. Grr. 0, 2, and 4 in their last 6 games.

However, it was great to spend time with just Adam, it’s been awhile since the two of us have done anything together – but alone, so to speak. Just the two of us.

As we watched the warm up I couldn’t help but notice a woman wearing a Brendan Shanahan jersey about four rows in front of us. Actually, everyone noticed her. She was that dancing nut. You know the one. The fan who loves her team so much she wears all the colours and enjoys the bass (no treble) every time the music plays (yeah, I went there). For the record, she never disrupted people during game play. Her act began every time we had a whistle, and it made the commercial breaks go faster!

But it wasn’t her dancing for the Jumbotron that got my attention. It was the three women in front of us who kept yelling at her to sit down. There are a lot of dancing fans at sport’s events so I wasn’t fazed until my curiosity over who they were screaming at took over (a little side note – the three in front of us spent more time talking then watching the actual game so their behaviour seemed a little ironic).

As I watched I couldn’t help but relate this to teacher leaders.

As we we watched Colorado score the winning shootout goal I wonder if her behaviour would change. It didn’t. She danced her way out of the arena and changed the morale of everyone who noticed.

We should all be that dancing nut. Kudos to you. You made an impact and you have my respect. I was just another face in the crowd. 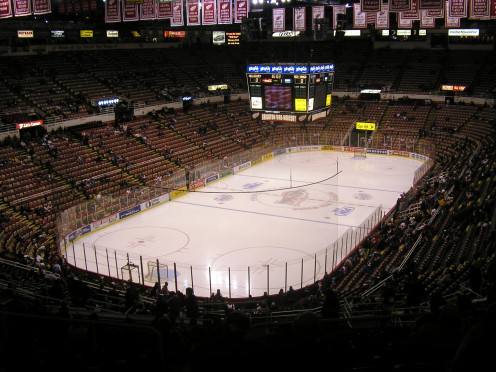 The Importance of Student Voice & Choice

5 Reasons You Should Try Edmettle - Teach Your Students Grit