This weekend I had the fortunate opportunity to attend and present at the ETFO ICT Conference in Toronto.

The #etfot4t conference doesn’t start until 10:30 and the room is getting full already! #ETFO members eager to learn! pic.twitter.com/533rW3Q9ju

Dr. Alec Couros gave an emotional keynote Saturday. He reminded us about digital citizenship and that we should use technology, but use it safely. I loved his line “we are at the end of forgetting” when describing digital footprints. For the first time in history, our lives are forever being archived through websites, Facebook, instagram and twitter.

“We are at the end of forgetting” via @courosa#etfot4t

We are at the end of forgetting. #etfot4t
Powered By the Tweet This Plugin

Could have used this coding program last week when we actually flipped a real coin 100 times!! @mraspinall #etfot4t pic.twitter.com/rjDjY0yHWs

Was a little worried Kids2Code at #ETFOt4t w @mraspinall would be too similar to #GAFEsummit last week. Wasn’t. But basketball still=hidden

Jen Apgar was involved in a great hands on session with Minecraft. It was a packed room and people were eager to create content!

It took me 3 months B4 I knew how to make a house. Check out this #etfot4t house build/repair! @Niecsa @JenApgar pic.twitter.com/58aFqWKcXb

Richard Parker shared some really cool coding tools as well as Scratch to get kids to create content by coding. You can see Scratch here: http://scratch.mit.edu

Eric and Kristen Wideen had a wonderful session on Book Creator.

I attended a Flipped Learning session with Cameron Steltman who gave a hands on Edpuzzle walk through.

Today I learned more about @EDpuzzle from @MrSteltman A great tool for diagnostic and #flipclass. #etfot4t

Edpuzzle is an application that allows you to add content to existing internet videos. Teachers can find youtube videos and under the Edpuzzle platform, add questions that will pause the video. A nifty little tool for diagnostic assessment. Students can view the content at their own pace.

Michelle Cordy explained everything in one of her sessions. Check it out:

She also presented with Lisa Morris about GAFE and inquiry:

I would be doing Ruth Dawson et al a disservice if I didn’t mention the outstanding food. A pampered experience indeed. Thank you to everyone!

I feel proud of my school, protecting student privacy by taking pictures of hands/work/from back #etfot4t

Our learning continued on the ride home late last night. Via rail even replied to my tweet while onboard.

@mraspinall Glad to hear it, Brian! What train & car # are you on? I’ll pass along the compliments ^NK

Yes, we are at the end of forgetting…and that’s OK. Viewing Poppa on Street View is something Google has archived for me. I can visit him anytime, anywhere…and that’s just awesome! Miss you, Poppa! 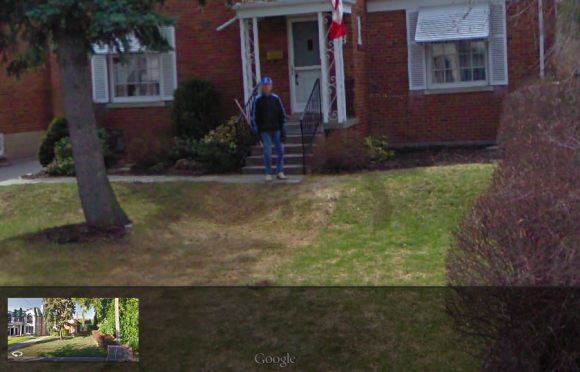 The Fixed Mindset of Student A & Student B