As a former student of Harrow District High School (and current small town resident) I am saddened by the recent turn of events in which it was voted to close the high school. To be honest, I am a quite teary eyed writing this. Very teary eyed. 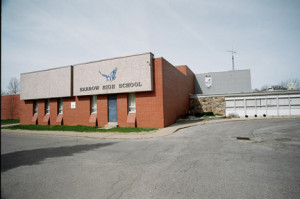 The back and forth “battle” on school closure has been going on for decades as Grade 8 students were moved from the elementary school to the high school to boost numbers when I was a student there in the mid to late 90s.

I have very fond memories of that building. I felt the teachers genuinely cared. Some challenged us more than others and we knew which classes to take as we “played school” but that happens everywhere.

I remember having 4 students in my grade 13 Calculus class, 6 in Physics and 8 in Algebra. I believe we had 13 grads that year from grade 13. This meant a few different things.

1) We weren’t skipping class because people would know very quickly (and who were we hanging with?).
2) I learned the benefits of small class sizes a long time ago.
3) Perhaps naive but I don’t recall too many cliques – everyone knew everyone. Everyone went to the same weekend parties. I think we all knew a little TOO much of each other.

I equate many of my grade 13 successes to such small numbers. Imagine having so much of your teacher’s time readily available – including Resource. Imagine my confidence when I started University. Problem was, I was confident in my abilities but quickly realized I was lacking a certain skill set.

I studied Computer Science at the University of Windsor. I learned very quickly that my peers had a leg up on me as they had taken computer courses in high school. I did not. Truthfully, I was unaware such courses even existed. My confidence was matched with anxiety, fear and this gut feeling that I had so much work to do to “catch up” just to begin my new program. At the time, I felt a little dis-serviced. I now understand this was a part of the process. Starting something new can be daunting.

Academics aside, many of us also played on sports teams. Unfortunately we couldn’t field a football team so one never existed when I was a student. I remember friends transferring schools to Amherstburg or Villanova to play sports. We didn’t have many junior teams so that meant you had to be quite good to play senior in grades 9 and 10.

Still, there was this “family” feel. Many of the teachers lived in town so it wasn’t uncommon to see them in a more natural setting on weekends. This made it easier to seek advice and ask for help as we didn’t have the internet then like we do now.

My parents still live in Harrow. I wonder if the community will slowly become a retirement village. It’s not really on a convenient route to anything. People usually only attend to play hockey or visit the fair.

However, I wouldn’t be where I am today without those supporting me at HDHS. The principal at the time asked me to construct the first ever Harrow District High School website – and he paid me (1997)! There were many factors contributing to me wanting to study CS but a few stick out.

In grade 11 I took a Media Studies class. I asked Mrs. Boudreau if I could make a website as a project and she agreed (although apprehensive). She later told a colleague and I was hired to make a website for his local clothing business – all this before the school’s website gig. You see, this teacher got the ball rolling, financially. I was 16 and I was making money by writing HTML which I was doing as a hobby to begin with. Not to mention the A+ in the course 🙂

Oct 5 is World Teacher’s Day. A big thank you to our own Mrs. Boudreau. http://t.co/qQfiBEtjJa

So the timing for Microsoft’s “Nominate Your School” campaign in impeccable. It was an honour for me to be asked to share a fond memory of a teacher from my youth in Harrow. Little did I know I was being setup with a surprise reunion which was caught on camera.

To the students of Harrow District High School, cherish the memories you make. No one can take your memories of HDHS. The world is a little different today then when I was a student there. Document this year. Take pictures. Use social media. Make Vines. Write blogs. Laugh often. Find someone you don’t really know and get to know them – you have something significant in common. The world wants to see what you are learning. Show the world how one little school can make such a large impact. Show the world how one small school has such large heart.

Keep an open mind as you look to move to your new school. The colours of your uniform will change, but there is still a Hawk in there. You will bring old friends, make new ones and meet new teachers. I guarantee the teachers are excited for your arrival. But remember, school is more than just a building. It is a culture – a community. Bring Harrow’s culture with you. You have been given an incredible opportunity. Not many young adults have to make significant changes to their routine like this. Approach this decision with a fresh perspective. Be resilient. Be proactive. You may struggle, but you will learn. This isn’t the end, but rather the beginning. You will still change the world.

And one last time, go Hawks! 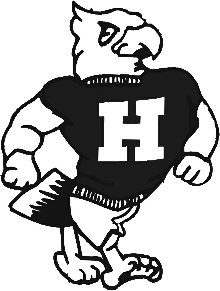 The "One Size Fits All" Approach to Teaching Mathematics

That's One Small Step For Man...