First of all – I don’t much care for the term “coding”, especially when it comes to linking blocks on a tablet so I am going to use the term loosely here and in quotes. There is a ton of critical thinking and problem solving but is it really “coding”? Nothing gets compiled. I suppose we have adapted so far in the CS world that syntax isn’t really important. But hey, if spelling in schools isn’t important I can’t much expect syntax to be.  I’m not sure why I feel sarcastic this morning. 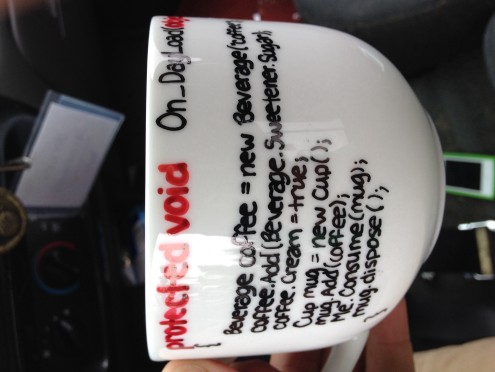 Getting kids to “code” is pretty trendy right now. I’ve always made my students “code” since I started teaching eight years ago. There is real value in the process of producing something through programming. You don’t have to have any knowledge whatsoever to begin in your class. I’ve compiled a list of great resources for you to get started. Check it out from the menu above.

But make me a promise. Don’t get kids to “code” just so you can say you did in your blog or tweet. They have to “code” with a purpose. A curriculum purpose. After all this is a Maker Movement.

Let me give an example. In a Science class you could have students animate the behaviour of particles in each state of matter. Their final product will be an animation that they have “coded” and you can determine their level of understanding of the particle theory.

In a math classroom, you could have students “code” a calculator app that solves problems based on user specified parameters. I would much rather see an app made by a student that determines the volume of a cylinder than I would giving a test.

I hope everyone gets kids to “code” this year. There is so much literacy and numeracy deep rooted in the process of “coding”. Not to mention the immense critical thinking and collaboration.

Just promise me it’s for a purpose and not just fun and trendy.

Check out out this coffee mug I received at then end of this year. A student “coded” the algorithm for making coffee on it. So thoughtful and super cool!