I must make a confession as this has been bothering me for quite some time. It has been a reoccurring thought on my morning commute to school over the last few months. When I landed my first LTO (long term occasional) job back in 2007 I was ecstatic. It was a grade 5 position, and I was the third “constant” teacher to enter the classroom that year for a variety of reasons. The environment was somewhat chaotic due to a lack of consistently and I was determined to do my best.

But I made a really bad choice.

I quickly learned there existed a rotating computer schedule in this classroom. There were two desktop computers at the back of the class and students had scheduled opportunities to sit and work or play at these machines when the schedule said it was their turn, even during class time. I remember trying to teach a lesson when two students got up, headed over to the computers and began playing. As you can imagine, I was in shock. Such disrespect, or so I thought. Turns out this was how it worked – students would watch the clock until it was their turn, get up and tag each other out.

The next day I decided I was going to show them who was boss and I ripped up the schedule in front of the class. A great way to start the day. I made firm statements about new rules and routines and stressed the hierarchical structures. I was even complimented for getting them all to sit quietly so I thought I was doing the right thing.

Today, I am embarrassed to admit my actions for a variety of reasons.

I have no idea why the schedule existed in the first place, but I was the newbie to the class so I should have let them explain it. As much as it didn’t make sense to me, it did to someone else. Perhaps the class made up the rule as a group –  I will never know – but I should have asked questions and made new routines with their help, not because I didn’t agree. After all, they were in grade 5 and this was March so the routine was very much embedded. I ruled with a iron fist and now wonder what it was like to be a grade 5 student in that class. Doesn’t sound fun and goes against every pedagogical belief I have today.

However, I went to school in quiet hierarchical rows and I learned to teach at the Faculty in very similar settings. I was complimented for getting them to conform so I continued to dictate because I needed to impress the hiring committee. There existed a silo / fishbowl in that best practice was shared in the staffroom and I wasn’t up to par based solely on the volume of my class.

I’ve come to realize that “classroom management” can take on a variety of definitions ranging from quiet, attentive students – to loud, empowered kids who react to your prompts immediately. I understand the textbook principles to classroom management but also acknowledge the one size fits all model is not suffice and nobody knows your students better than you.

So, to you twenty-somethings now, I apologize for taking away that schedule without asking questions. It’s not as much about the deprivation of computer time as it is about asking the right questions, treating you like people and coming up with an improved solution that worked for everyone. I was focused on compliance – as the noise level dictated how well you “managed” a class and I needed a job. You only have one first impression, and I made mine. I’m not making excuses, just suggesting a justification for my actions. I was the outsider and it wasn’t right for me to make assumptions and changes about your classroom without first getting to know you.

Thank you for listening, I feel a little better. 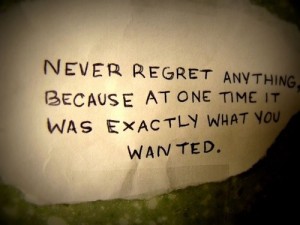 What is Computational Thinking? #CTMindset