TEDxCK was a huge success. There were an overwhelming amount of ideas and inspiration shared by community members from all industries. I was even introduced to a group of developers who are working on a Maker Movement right here in Chatham. There were singers, comedians, doctors, authors, start-up people, and of course people from LKDSB.

I was fortunate enough to speak at this event. This lead to some great new connections right here in Blenheim, as well as Chatham. It was humbling to say the least that people support my progressive approach to education and PBL (project based learning). I got my subtle digs in on standardized testing and even shared some of the web tools I have developed over the years.

Here are some of the highlights from twitter – #tedxck.

#TEDXCK taught me that #Twitter could be a useful interactive tool. I'd never saw it that way.

Been on a brainstorming binge since #TEDxCK. Very excited and very passionate about this new phase in my life pic.twitter.com/8nEBsJGQko

#tedxck was a roaring success. Honoured to have been part of it. Kudos to everyone who spoke, organized, and took a day away to listen

You can also find a photo gallery here:
http://www.tvcogeco.com/chatham/gallery/tv-shows/6810-tedx-chatham-kent 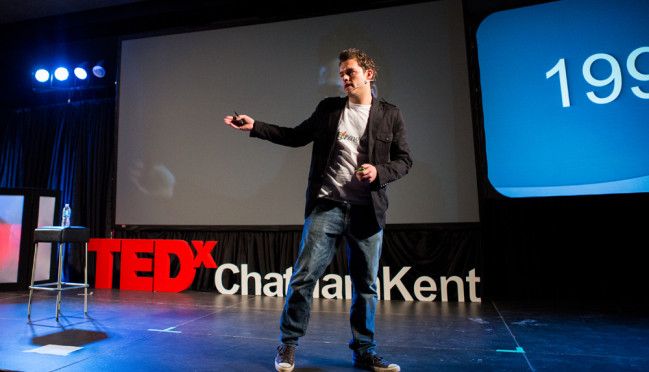